A national radio and network television star, beginning at the age of four. 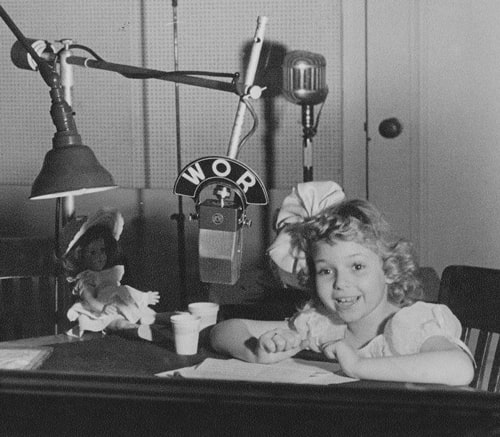 Robin Morgan’s mother and aunt entered her in prize baby contests when she was less than a year old, and started her as a child model when she was a toddler. Precocious, with a sizable vocabulary, she soon became a fashion commentator at the runway shows in which she appeared. By 1945 she had her own radio program, The Little Robin Morgan Show, on New York station WOR; her show was syndicated nationally. She was four years old. During this time, she was also a panelist on the TV and radio show, Juvenile Jury.

For the next decade, a period lauded as “the Golden Age of Television,” Morgan worked steadily, starring on such live dramas as Omnibus, Suspense, Danger, Hallmark Hall Of Fame, Robert Montgomery Presents, Tales Of Tomorrow, The Alcoa Hour, and Kraft Theater. She also starred in the 90-minute NBC TV specials Kiss And Tell and Alice In Wonderland. She worked with directors John Frankenheimer, Sidney Lumet, and Ralph Nelson; writers Paddy Chayefsky and Rod Serling; and actors Boris Karloff, Rosalind Russell, Bill “Bojangles” Robinson, Jane Seymour, and Cliff Robertson. She made one film, Citizen Saint: The Life Of Mother Cabrini, playing Francesca S. Cabrini, the first American to be canonized, as a child. 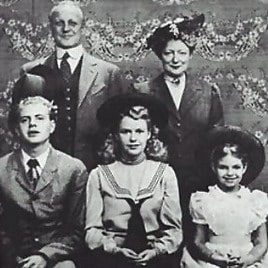 Meanwhile, Morgan had begun the role that made her a household name at age seven, when she was cast as Dagmar Hansen in the CBS TV series Mama. The show, a drama/comedy about a Norwegian-American family living in San Francisco in the early 1900s—immigrant parents and US-born children—became a hit. Mama was a major TV presence on Friday nights, and Morgan’s performance in the featured role of sassy, vulnerable, tomboyish Dagmar made her a child celebrity. For this role, and for her performance in the title role of Alice In Wonderland, The National Federation of Women’s Clubs named Morgan “The Ideal American Girl.” There is a considerable archive of videos and kinescopes of her work in the Robin Morgan Collection at the Paley Center for Media in New York City.

Her stage work includes having starred in a theater adaptation of Mama, as well as in productions of The Madwoman of Chaillot, and The Potting Shed at, variously, Massachusetts’ Cape Playhouse, Maine’s Ogunquit Playhouse, The Boston Theater, and Ohio’s Canal-Fulton Playhouse.

She stayed with the Mama series for seven years, but left at age 14, having wanted since age four to write rather than act. This shift in focus required fighting her mother’s efforts to keep her in show business, as she was the support of the family. She graduated from The Wetter School in Mount Vernon, New York, in 1956, then was privately tutored from 1956 to 1959. Her mother would not let her go away to college. She attended both undergraduate and graduate classes at Columbia University, nonmatriculating. She published her first serious poetry in literary magazines at age 17.