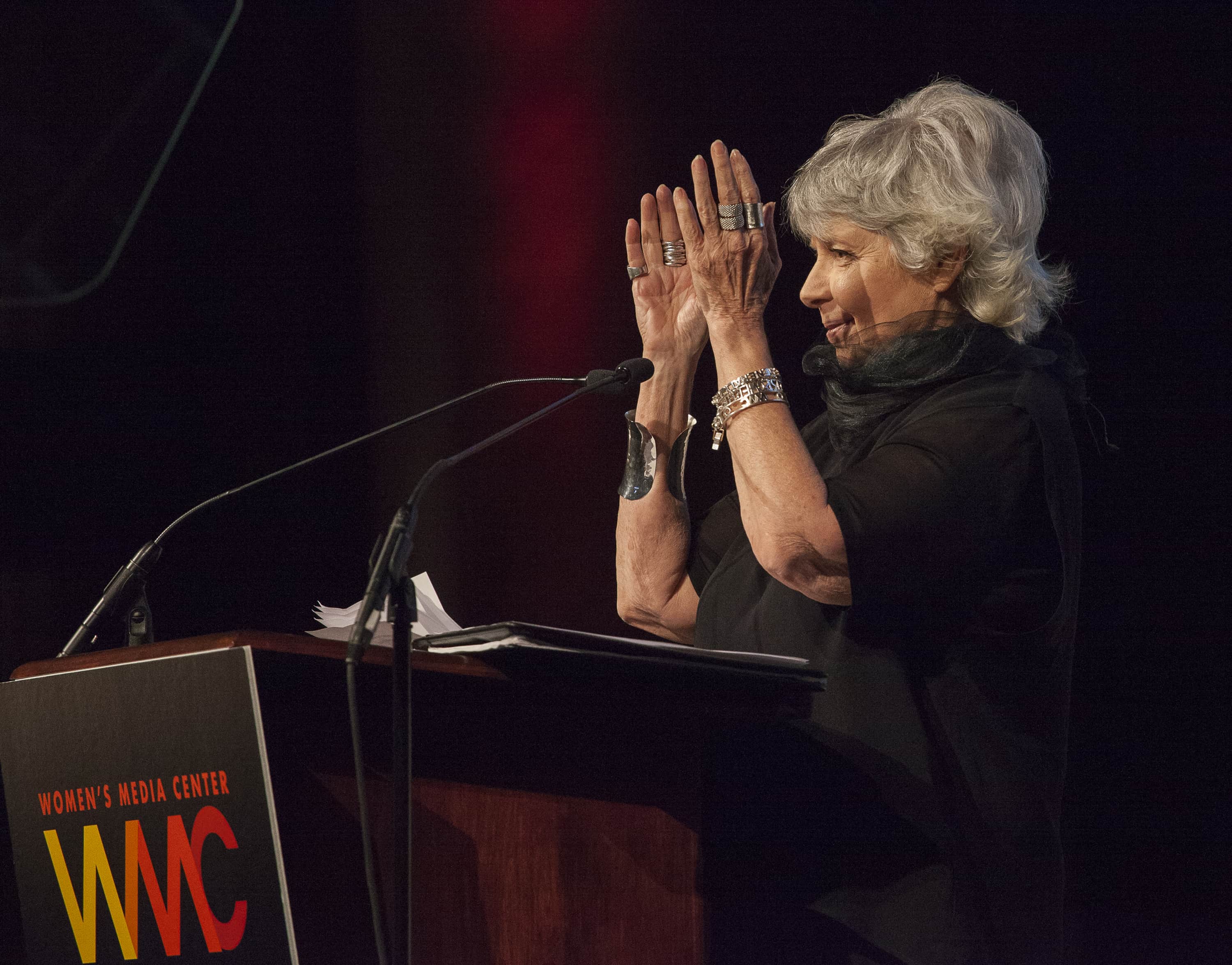 Her 1970 anthology Sisterhood Is Powerful has been widely credited with helping to start the contemporary feminist movement, and was cited by the New York Public Library as “One of the 100 most influential Books of the 20th Century.”

Recipient of the National Endowment for the Arts Prize (Poetry) among other honors, and former Editor-in-Chief of Ms. Magazine, she founded the Sisterhood Is Global Institute, and co-founded (with Jane Fonda and Gloria Steinem) the Women’s Media Center. She currently writes and hosts WMC Live with Robin Morgan, a syndicated weekly radio program with a national and international audience in 110 countries around the world.

“The more I read, the more I did not want to stop. The good-natured tone, the generosity. This is vintage Morgan.” —Ursula K. Le Guin

Morgan’s novels include Dry Your Smile (Doubleday, l987), The Mer-Child: A Legend for Children and Other Adults (The Feminist Press, 1991), an historical novel on the Inquisition, The Burning Time (Melville House, 2006), and her latest novel, Parallax (Spinifex Press, 2019).

Her first book of poems sold 30,000 hardcover copies in the first six months—and was quickly termed “the anthem of the women’s movement.”

Her poetry collections include Monster (Random House, 1972), Lady Of The Beasts (Random House, 1976), Death Benefits (Copper Canyon Press, 1981), Depth Perception (Doubleday, 1982), Upstairs In The Garden: Selected and New Poems (1990) and A Hot January: Poems 1996-1999 (both Norton), and her latest work, Dark Matter (Spinifex Press, 2018). Her poems have appeared in such anthologies as The Poetry (Chicago) Anthology, and in numerous literary journals, both in the United States and abroad, in English and in translation, including The Atlantic, American Poetry Review, Poetry, The Hudson Review, The Sewanee Review, Ms., The Woman’s Review of Books, The Yale Review, and The New England Review.

Combat the rhetoric of the religious right with Fighting Words—the Little Red (and White and Blue) Book for reclaiming our country.

It all began with Sisterhood Is Powerful—the collection that’s been called “the primer that started the modern Women’s Movement.”